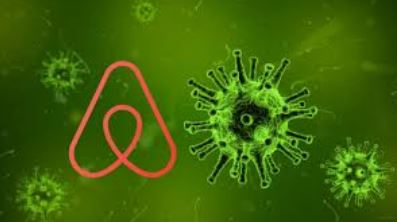 Airbnb was founded in San Francisco in 2008 by 3 college roommates. They came up with the idea of putting an air mattress in their living room and turning it into a bed and breakfast, to offer short term rentals to those who were unable to book a hotel in the saturated San Francisco market. They soon expanded from air beds and shared spaces to private rooms and entire properties.

The Airbnb platform allows hosts to list their property, guests to book these properties and Airbnb takes a percentage cut of each booking from both host and guest. Having started with their own property as the first listing, the company grew quickly and today has over 7 million listings worldwide, with over 50.2 million website visits in January 2020.

Also in January 2020, the Scottish Government announced that from Spring 2021, local authorities would be given powers to implement a licencing scheme for short term rentals, such as Airbnb. Airbnb had been criticised for driving up rent prices and contributing to house shortages, along with undermining the established tourism sector in many places. Western Isles MSP Alasdair Allan backed the announcement of the measures and said, “we are already approaching the situation in some parts of the islands where whole villages could be full in the summer and virtually empty for six months of the year. We need to ensure that villages are not transformed from communities into resorts in the space of just a few years.”

As the coronavirus spread across the globe, travel ceased and Airbnb lost nearly 42% of its value from March 2017 to April 2020. Airbnb hosts who had previously chosen their own cancellation policy from strict, moderate or flexible, saw their policy overridden by Airbnb on 14th March, allowing guests to cancel without penalty and receive a refund. Whilst it is without doubt reasonable that guests, unable to travel and fulfil their bookings given the circumstances, were entitled to cancel, many hosts found fault with Airbnb as the decision was taken without consulting hosts as partners. Furthermore, guests were refunded 100% of their booking costs, meaning that almost overnight, hosts lost thousands of pounds, after cancellation by cancellation quickly followed. Many hosts are reliant upon their income from Airbnb, either by renting out a spare room or a whole property, and this income very quickly disappeared.

As the coronavirus has brought the travel industry to its knees, will Airbnb survive after the pandemic? Many hosts are turning to longer rentals, to make up for the loss of short term rents. Airbnb’s decision to favour guests over hosts hasn’t been well received by many hosts, and has been seen to have tainted the relationship and broken the trust between Airbnb and their hosts. Perhaps hosts in the Western Isles will follow suit and turn to the long term rental market. This may remove long term room and house shortages and provide a level playing field for some healthy competition between private hosts and the more established tourism sector.