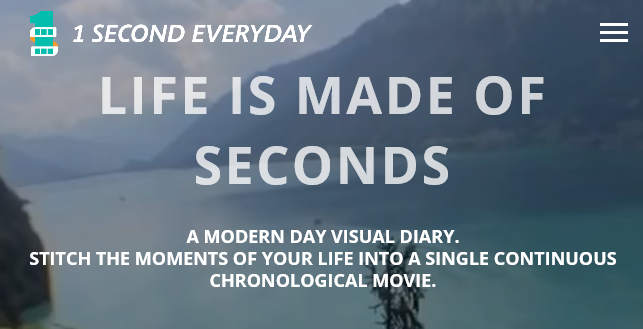 The app was developed by Cesar Kuiryama, an American director & Entrepreneur. He spoke at TED 2012 and collected the funds for his application through a Kickstarter project.

At the end of each year, I usually find myself thinking that I could have done so much more with the year. Kuiryama said that the 1 Second Everyday project, made him realise that he needed “to do one interesting thing to make today count.”

Here’s a year long project, which might be an interesting way to kick off the New Year with!