Books In Brief – Hero of the Empire

Candice Millard, Hero of the Empire: The making of Winston Churchill (Penguin, 2016)

Winston Churchill, marked out for his extraordinary leadership in World War Two, is enduringly known as a great wartime Prime Minister. Candice Millard focuses on a lesser known period in an otherwise well-documented life. 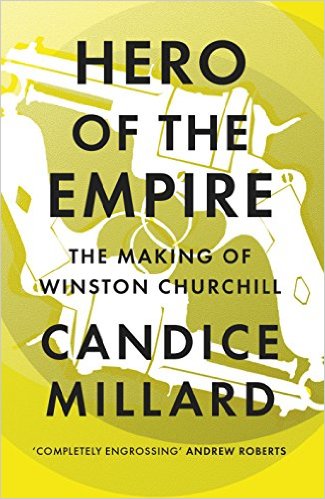 Churchill’s exploits in the Boer War and his daring escape from captivity, as a prisoner of war, makes for a gripping and fascinating read. Churchill was an ambitious man, convinced that he was destined for the highest political office in the land. In order to achieve it, he needed to cover himself in military honour. Candice Millard describes the young Churchill arriving in South Africa, for one of the last wars of the British Empire. She follows the pivotal events, which made Churchill a wanted man in South Africa, a familiar figure in London newspapers, who reported his heroism during the conflict, and eventually would lead him to become one of the most famous men in history. Having previously unsuccessfully stood for parliament, prior to the Boer War, Churchill returned home, stood again and won his seat. He said, “personal popularity arising from out of the late South African war carried me in.”

Candice Millard is a gifted writer, with the ability to engross the reader as she unfolds the story. Hero of the Empire brings to life a chapter in the life of Churchill, which was completely unknown to me, and gives an insight into what motivated Churchill in his younger years and eventually lead to even greater accomplishments on the world stage.

Churchill knew that the surest and quickest route to recognition, success, and perhaps, if he was lucky, fame was a military medal. It was “the swift road to promotion and advancement in every arm,” he wrote, “the glittering gateway to distinction.” Distinction, in turn, could be parlayed into political clout, opening a door onto the kind of public life that he longed for, and which he believed was his destiny. So while the military was not, for Churchill, and end in itself, it was certainly a very useful means to an end. What he needed was a battle, a serious battle, one that would be talked about, would be remembered, and, with a good dose of courage and a little showmanship on his part, might propel him to the forefront of the military stage. For that, he was willing to risk anything, even his life.