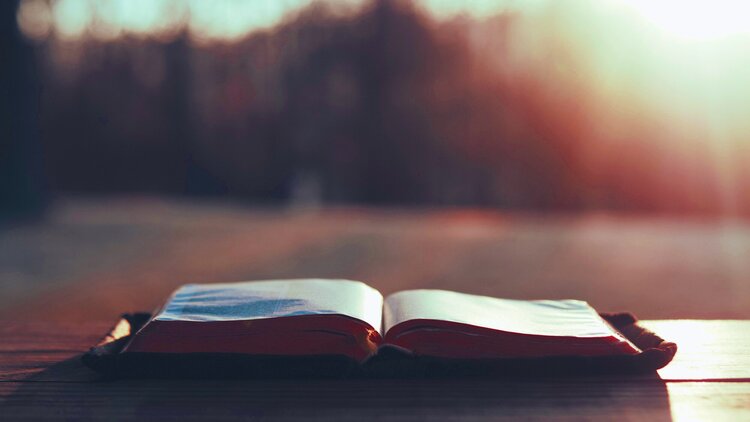 At the same time, the human authors of these Biblical books were not like mere computers into which the Holy Spirit typed the words before printing and distributing all over the world. The writings of these books each contain the imprint of its human author in that their individual personalities can be seen. Often their own experiences are often relayed, as they wrote about what they saw and heard in their own time and place in history. Yet everything that was recorded was inspired by God, without error, so that what is written is, throughout all of history, “profitable for doctrine, for reproof, for correction, for instruction in righteousness” (2 Timothy 3:16).

How Much of Scripture is Inspired?

To say that the Bible contains the Word of God (plus other material) is effectively an effort to limit the inspiration of Scripture and ultimately an attempt to limit God Himself. It is to pick and choose which books, chapters and verses we want to accept and discard the rest at our convenience. Instead, all the contents of the Bible constitute the revelation which God has been pleased to give us.  The question we ought to ask is how does the Bible respond to this question? The answer is clear, “all Scripture is given by inspiration of God” (2 Timothy 3:16).

How Were the Writers Moved?

As to the exact mode of this moving, it has been suggested that it was either by immediate suggestion to the writers’ minds or by dictation. Some would suggest that it is better not to attempt to go beyond the Scriptures and simply to accept that these men were somehow moved by the Holy Spirit to write. George Smeaton, a Scottish 19th century Professor of New Testament, wrote that “a supernatural and miraculous operation prompted holy men to speak as they were moved by the Holy Ghost…Scripture omits all more particular definition beyond the fact that holy men were wrought upon and moved by the Holy Ghost. And we accept its silences as well as its disclosures. When Scripture stops, we stop.” On the other hand, John Calvin, along with other reformers and theologians, found no difficulty in stating that the Holy Spirit dictated to them whatever they wrote.

Aside from the fact that the Spirit moved the men to write, the actual manner in which the revelation was arrived at differs. The Gospel and New Testament writers declared that they were eye witnesses to what they wrote. John wrote, “This is the disciple who testifies of these things, and wrote these things; and we know that his testimony is true” (John 21:24). Likewise, Peter wrote, “We did not follow cunningly devised fables when we made known to you the power and coming of our Lord Jesus Christ, but were eyewitnesses of His majesty” (2 Peter 1:16).

In the case of Luke, he was not an eye witness himself, as he was not one of the original followers of Jesus. Rather, he researched the information he recorded from those who were eye witnesses, “just as those who from the beginning were eyewitnesses and ministers of the word delivered them to us, it seemed good to me also, having had perfect understanding of all things from the very first, to write to you an orderly account” (Luke 1:2-3).

Furthermore, there was much by the way of direct revelation. For instance, in Ezekiel’s prophecy we read of the Spirit entering Ezekiel as he heard God’s audible voice, ““and He said to me, “Son of man, stand on your feet, and I will speak to you.” Then the Spirit entered me when He spoke to me, and set me on my feet; and I heard Him who spoke to me.”” (Ezekiel 2:1-2).

Finally, the Apostle John received a revelation which was communicated to him by an angel, “the revelation of Jesus Christ, which God gave Him to show His servants—things which must shortly take place. And He sent and signified it by His angel to His servant John” (Revelation 1:1).

In each instance, whether by personal account, research through eye witnesses, audible voice, visions or angel, the writers were moved by the Spirit to write, as the Scriptures were breathed out by God.

How is this relevant for Today?

Many people today, including professing Christians and those who were brought up under the Gospel, would simply dismiss the inspiration of Scripture as irrelevant. It is not uncommon to hear people say “things have changed,” meaning that Church and society have progressed and moved beyond Scripture. The idea of a God breathed message, without error, from Genesis to Revelation has implications on every area of our lives. This is no doubt why so many would rebel against it as conflicts with how we want to live our lives.

On the contrary, we ought to look at the inspiration of Scripture as a wonderful fact. The inspired Scripture gives us direct access to what God has spoken. It is the Scriptures that search us and bring Christ and the way of salvation so clearly before us, and it is the Scriptures that are “profitable for doctrine, for reproof, for correction, for instruction in righteousness” (2 Timothy 3:16), as the Spirit will guide us into all truth (John 16:13). The more we know the Scripture and put it into practice, the better placed we are to love and serve the Lord. Our approach ought always to be, “what saith the Scripture?” (Romans 4:3)

The continuation of a faithful reformed church in Scotland, or anywhere else for that matter, depends upon maintaining the doctrine of inspiration and all that flows from it. Many unbiblical teachings and practices have seeped into the church because the inspiration of Scripture has been abandoned. Does the preaching and expounding of the inspired Word of God occupy the centre of our worship services, or has the church become a glorified social club, with a veneer of Christianity? Rev Hugh Cartwright stated that, “the Reformed, Protestant Church was built upon the supreme, sole and sufficient authority of the inspired Word of God, and when it loses that it loses the reason for its existence and loses its divine strength.”

For this reason, we ought to read the Bible as if we heard God speaking directly to us from heaven, which is why we can sing the words of the Psalmist who rejoiced like those who found great treasure (Psalm 119:162).

The Reformed Doctrine of Inspiration | Monergism

3 thoughts on “The Spirit and Scripture”