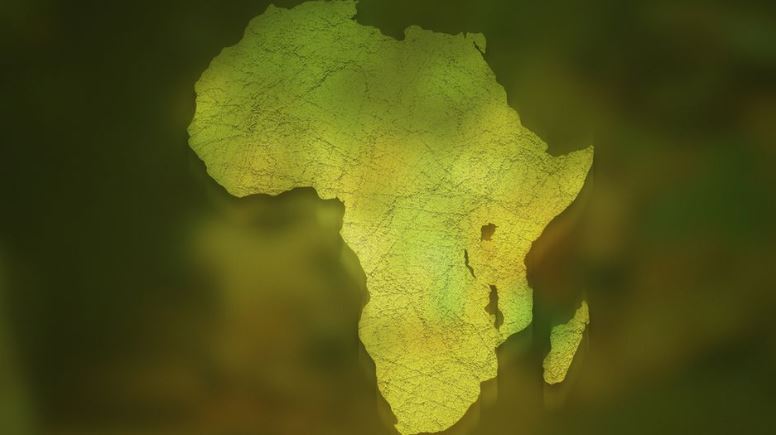 The Church in Africa

“…and you shall be witnesses to me in Jerusalem, and in all Judea and Samaria, and to the end of the earth” (Acts 1:8)

Africa is one of the world’s richest continents, in terms of natural resources, yet it has some of the world’s poorest people. Poverty has a long history in Africa and the continent has a disturbing past, associated with colonialism and the transatlantic slave trade. At the same time, Africa is a continent of thousands of languages and cultures, with a vibrant and innovative people, along with some of the fastest growing economies in the world, including Rwanda and Tanzania.

Having said that, when we consider Africa, what significance, if any, does the African church hold in our thinking?

Christ said to his disciples, “you shall be witnesses to me in Jerusalem, and in all Judea and Samaria, and to the end of the earth” (Acts 1:8). For Western churches who are engaged in missionary work in Africa today, perhaps few realise that African theologians, from the first to third century, played a significant role in responding to heresy and establishing the doctrines of the early church.

It has been suggested that the reformation in Europe had its roots in Africa, due to the fact that some of the reformers were strongly influenced by African theologians, including Tertullian (155-220) in Tunisia, Athanasius (c296-373) in Egypt and particularly Augustine (354-430) in Algeria. It has been noted that the most quoted theologian by both John Calvin and Martin Luther was Augustine.

Augustine is the greatest theologian of the first thousand years of church history, and stands out as the man upon whose shoulders the Reformers stood. Moreover, he has the most well documented life of the ancient church, through his autobiography, entitled Confessions. The opening prayer reads, “oh Lord, thou hast made us for thyself and our hearts are restless until they find their rest in thee.” The church at large owes a great deal of debt to the African church, due to the influence of first century African theologians. The idea that Christianity is a white man’s religion, as some attempt to assert today, can certainly be dismissed.

At the time of the Reformation in the sixteenth century, African theologians didn’t directly impact, as they did in the first century. Africa, as a continent, was in conflict and Islam had become dominant in North Africa. The late eighteenth and nineteenth centuries saw a great deal of Western missionary endeavour in Africa from, for instance, Africa Inland Mission in East Africa and Scottish Presbyterianism.

Africa Inland Mission (AIM) which had its roots in Scotland, along with American support, was founded by Peter Cameron Scott, a missionary born in Glasgow in 1867. He had served two years in the Congo, before returning to Scotland, due to heath issues. During his recuperation, he developed a desire to establish a network of mission stations in Africa, to reach Africans untouched by the gospel. In 1895, the first mission group, including Scott himself, arrived and in little over a year had four mission stations in Kenya. Scott died in 1896, but the work expanded to other countries including Tanzania, Congo and Uganda. Nowadays, Africa Inland Mission serves in over 20 African nations. The fruit of the Africa Inland Mission work in Kenya was noted by Rev Ken Mbugua, currently ministering in Nairobi. Mbugua traces the gospel in his family back to the conversion of his grandfather, who through the efforts of Africa Inland Mission, under the blessing of God, was one of the first converts in Kijabe, Kenya.

As far as Scottish Presbyterianism is concerned, the Free Church of Scotland established work in South Africa through James Stewart (1831-1905), a medical missionary. Stewart landed in Cape Town in 1861, eventually becoming the principal of a school in 1867, maintaining his position for 40 years. Stewart, at first, was said to have had many negative views about the locals, but did not treat them as inferiors, rather sought to help them as best he could. Looking back on his experiences, in later life, Stewart stated, “It still remains true that the most valuable asset in Africa is the African himself. We cannot do without him.” Likewise, Dr Robert Laws (1851-1934) of the United Presbyterian Church served as a medical missionary in Malawi for many years.

Nowadays, the church in Africa is largely Charismatic, imported through American influence. The majority of pastors have not been trained and little emphasis is placed on the Word of God and expository preaching. Conrad Mbewe, a reformed pastor in Kabwata, Zambia, has spoken out against charismatic excesses in many African churches. He has said, “We need to sound the warning that this is not Christianity. I know that this approach is filling our church buildings to overflowing, until we have to multiply church services in order to accommodate the crowds. But this is not Christianity. It does not lead to heaven.”

The African church is full of zeal, yet the reality is that, often, it is a zeal without knowledge (Romans 10:2). The church in Africa is in need of reformation, in order that the pastors would know the Scriptures and rightly divide the word of truth (2 Timothy 2:15). If African pastors were exposed to sound theology, grasped the sovereignty of God, were thoroughly trained and convinced of reformed doctrine, worship and practice, it would massively impact the church in Africa. If the pulpit and expository preaching were to become central to the life of the African church, along with praying for the Lord’s blessing upon their labours, it would bring lasting transformation to Africa. Pastors in Africa need to be trained in Reformed theology in order to preach the life giving doctrines of the reformation.

Many churches in the West fail to realise that what Africa needs is not some watered down gospel, due to a misplaced belief that Africans cannot accept Reformed truth. Yes, Africa has its particular cultures and vices, which are different to the West, but the same God who can overcome Western depravity can overcome African depravity. We may have different skin colours, but we have the same deceitful heart, which is desperately wicked and in need of the saving grace of Christ.

Again, Conrad Mbewe has noted, “There is a growing view that Christianity in Africa must be different from Christianity in the East or West. I think this view is wrong because it creates a divide that the Bible knows nothing about and would not even want to encourage. For instance, it wants us to deliberately and intentionally worship differently from our brethren in the West.”

Having said that, whilst few and far between, there are a few small sparks of reformation to be seen in the African continent. In addition to Reformed churches in Kenya and Zambia, there are Reformed churches to be found throughout the continent in countries including Malawi, Zimbabwe and the Gambia. For instance in the Gambia, Sylvester Konteh, an indigenous pastor ministering in Brikama, has recently graduated from the Reformed Presbyterian Theological Seminary in Pittsburgh. Edrissa Colley, from the Presbyterian Church in the Gambia, another indigenous pastor, is involved in running a reformed pastoral training programme in Lamin village.

If we in the church in the West are to involve ourselves in African mission, let us seek to encourage and equip African pastors in reformed truth, rather than by hindering them with some form of diluted Christianity. Let us, who historically owe a debt of gratitude to the African church, where we have opportunity, seek to prayerfully equip indigenous pastors to reach their own people. Let us, through the Lord’s blessing, seek to play a part in equipping them with a full-orbed Reformed theology, translating into a lively Christ-centred faith impacting upon the lives of those in their communities. As the African church continues to grow, let these small sparks of reformation grow into a wider reformation throughout the whole continent so that Africa is won for Christ.

Conrad Mbewe: Blog Post – Why Is the Charismatic Movement Thriving in Africa? (gty.org)

2 thoughts on “The Church in Africa”